For any property built, remodeled, renovated, or repaired from 2001 through 2009, with new drywall installations, we recommend a Level-I (Threshold) inspection as prescribed the U.S. Consumer Product Safety Commission (CPSC).  We strongly recommend this service for any structure built in the time period noted.  It is important to know that we do the work ourselves for verifiable, independent, and objective result of findings.

CPSC has received about 3,905 reports from residents in 42 States, the District of Columbia, American Samoa, and Puerto Rico, who believe their health symptoms or the corrosion of certain metal components in their homes are related to problem drywall. State and local authorities have also received similar reports.

When a client has positive findings from a Level–I inspection, we have the capabilities to provide a Level–II (Corroborating evidence) inspection in compliance with established procedures and protocols.  All drywall material testing is conducted by state registered and approved laboratories for reliability and accuracy.

Number (and Percentage) of Defective Drywall Reports by State

Some U.S. homes built between 2001 through 2009 contain imported drywall, known in the press as Chinese drywall. Some consumers who live in these homes have reported problems, including a strong sulfur smell, like rotten eggs; health issues, like irritated and itchy eyes and skin, difficulty breathing, a persistent cough and headaches; and premature corrosion or deterioration of certain metal components in their homes, like air conditioner coils and wiring behind electrical outlets and inside electrical panel boxes.

The Consumer Product Safety Commission (CPSC) is the lead federal agency investigating damage to homes blamed on imported drywall. The effort to identify the causes of the damage also involves the U.S. Environmental Protection Agency (EPA) and the Centers for Disease Control and Prevention (CDC). Other federal agencies, including the Federal Trade Commission (FTC), the nation’s consumer protection agency, and state law enforcement and health authorities are investigating the issue, as well.

The Federal Interagency Task Force has performed significant testing of drywall and homes, and found a strong association between the problem drywall, the hydrogen sulfide levels in homes with that drywall, and corrosion in those homes.

The FTC says homeowners should be on the alert for anyone trying to sell test kits, inspections, and quick fixes for tainted drywall. The Federal Interagency Task Force is studying testing and remediation protocols for affected homes, but no federally-approved testing kits or remediation methods currently exist.

You can learn more about the federal government’s drywall investigation, and sign up for email alerts, at www.drywallresponse.gov.

The FTC works for the consumer to prevent fraudulent, deceptive and unfair business practices in the marketplace and to provide information to help consumers spot, stop and avoid them. To file a complaint or to get free information on consumer issues, visit ftc.gov or call toll-free, 1-877-FTC-HELP (1-877-382-4357); TTY: 1-866-653-4261. The FTC enters consumer complaints into the Consumer Sentinel Network, a secure online database and investigative tool used by hundreds of civil and criminal law enforcement agencies in the U.S. and abroad. 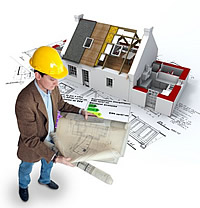